Here is the great news for cricket fans living in Europe, now it is happening in Europe for the first time. It is confirmed that the New European Cricket league has officially got the name Euro T20 Slam. 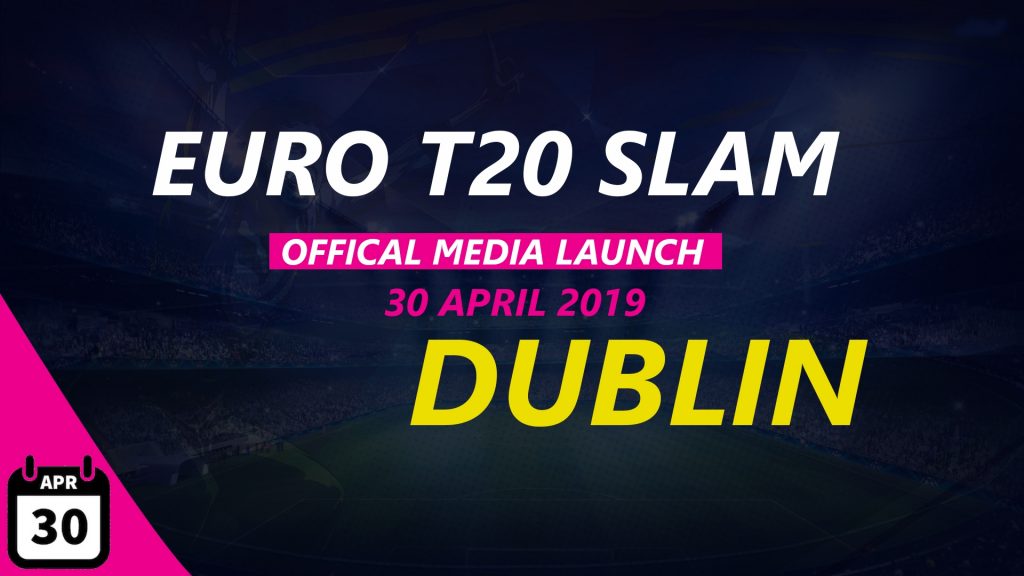 The 2019 Euro T20 Slam is scheduled to be the inaugural edition of the Euro T20 Slam, a Twenty20 cricket tournament, it will be co-hosted by Cricket Ireland, Cricket Scotland and the Koninklijke Nederlandse Cricket Bond (KNCB). It is scheduled to start on 30 August and conclude on 22 September 2019.
Administrator(s): Cricket Ireland; Cricket Scotland
Host(s): Ireland, Netherlands, and Scotland
Dates: 30 August–22 September 2019
Cricket format: Twenty20

The first formal launch of this European T20 Cricket League will be on 30 April 2019 in Ireland.

As we all know, there is a new Cricket League is ready to mark its land into the European region. And there will be more chances for the European people to watch the craziness of cricket also.

It was formally announced in March 2019, and it’s going to start on 30th August and will last till 22 September. Its official launch will be held on 30 April 2019 in Ireland. This league will be played for the first time.

To fulfill the wishes of fans around the world and Europe, we are giving forward to the Official Launch of Euro T20 Slam League.

And it is formally confirm, its inaugural will be on 30th April 2019 and Ireland will take the pride to do this for the first time.

Mr. Gurmeet Singh from GS Holding, said: “We are extremely happy with the cities selected for the league. Cricket boards of Ireland, Scotland and Netherlands have finalized the cities after due diligence. We are in talks with a number of sponsors across the world and we will announce the franchise names after discussing with the committee members and confirmed sponsors.”

Akram and Vengsarkar are making the official announcement of the league.

The competition is going to start in 3 countries Ireland, Scotland, and the Netherlands. It will have six city-based teams, two from each hosting countries.

It is a great pride for each hosting country to have two teams from their lands, as the league is going to be placed in the following countries.