Here is the great news for cricket fans living in Europe, now it is happening in Europe for the first time. It is confirm that New European Cricket league has officially got a name “Euro T20 Slam“.

It was formally announced in March 2019 for the first time, and it’s going to start on 30th August and will last till 22 September. Its official launch will be held on 30 April 2019 in Ireland.

The competition is set to hold between 3 countries Ireland, Scotland, and the Netherlands. It will have six city-based teams, two from each hosting countries. 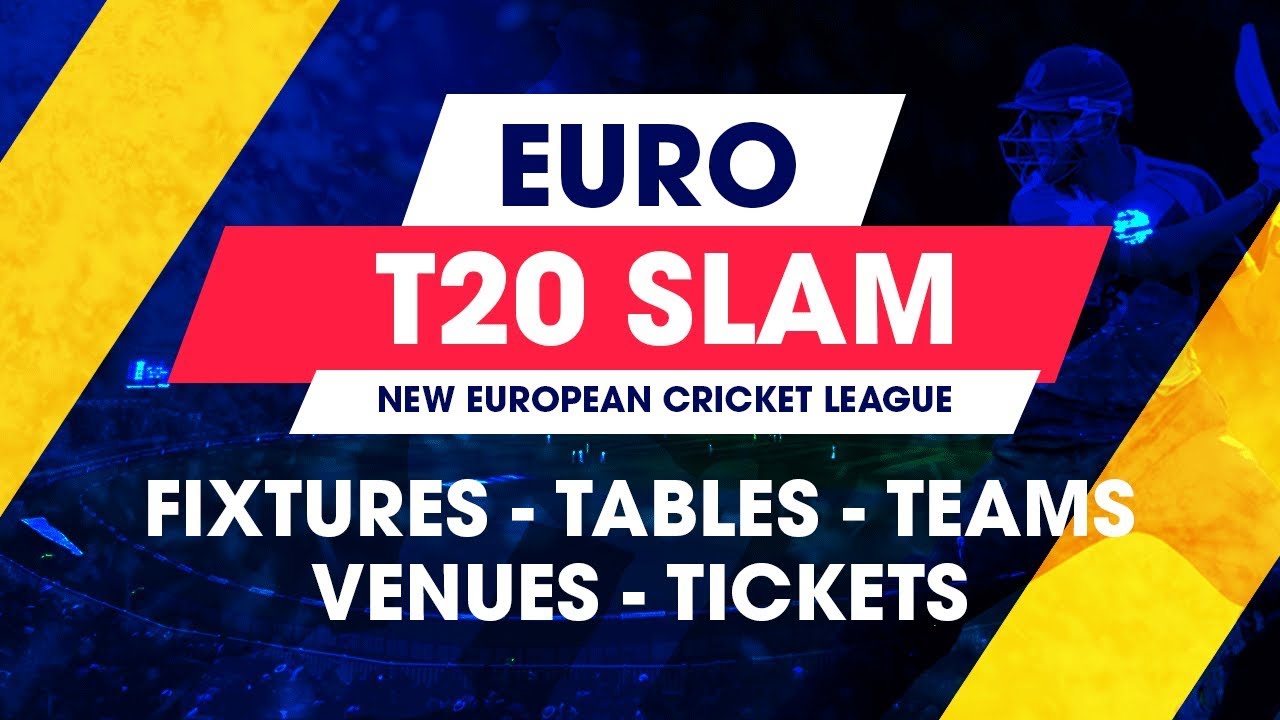 Total 33 matches will be played in total and to be played throughout all three hosting states.

Venues are yet to confirm, read the latest news here on our Website.

Playing XI squad restrictions have also been confirmed, each franchise should have a minimum of nine domestic players and a maximum of six overseas players in their squad.

“After consultation with the cricket boards of Ireland, Scotland, and the Netherlands, we come to a general consensus over the name. Since the term league is used all across the world for T20 events, we wanted to add the energy factor to our tournament, hence we have decided to name it Euro T20 Slam.”

While each team must field a minimum of six domestic/local players in their final playing XI for each match.

“The process wasn’t just about establishing a mere name, but rather giving the tournament an identity which both aligned it with other global domestic leagues, yet made it a distinctive and a vibrant brand.”

“It was important to us to convey our points of difference that would resonate in local markets – in Ireland, Scotland, and the Netherlands – where cricket is not the dominant sport in town. The touch points of geography, cricket and excitement was our goal, and we hope it will gain the necessary traction with fans.”

We are not too far from the launch. It has been discussed on the formal meeting that we are going to have the official launch on 30 April 2019 in Ireland.

It was decided that there will be SIX Teams will be playing this very first European Cricket League.

Each hosted country will take the pride to have two teams from their lands, as the league is going to be placed in the following countries.

Total 33 matches across all three countries will be played in this league, as more details on the schedule/timetable, are yet to announced.

Full Schedule is out now you can check here.

As the cities, which are representing the six teams in the tournament has been out. But we are still waiting for final venues of the full fixture details of the league. Here we are providing the countries cities names and details where the matches will be played:

All matches of the tournament will be played in Europe across three Countries. All of us are excited and ready to watch this amazing tournament. We will provide here further details of the official partner, who will provide us the Euro T20 Slam Tickets details.

Euro T20 Slam Draft will be happening soon after its Official Launch Date. As there will be the announcement of the schedule and then franchises will go ahead to choose their desired players.

Want to join as a player? Player Registration is now OPEN. Read more about the registration process here.

Like all other cricket leagues around the world, T20 Slam league franchises must have at least nine domestic/local and six international cricket players in their playing team. And having a minimum of six local players on the field is mandatory.

We are going to have a Live Score ball by ball action just for you as soon as the games will start.

As it is yet to announce the official inauguration date of the tournament. Therefore, we are going to share all the information about the fixtures and its points table all on this page soon.

Just like other details on the live broadcast partners details also still unavailable. Keep in touch with us as we are going to have all the latest updates from the ground and we will share all info as soon as possible.