Total 6 teams will play this league. Matches of this league played in Ireland, Netherland, and Scotland. These three countries will host the first edition of this cricket league. 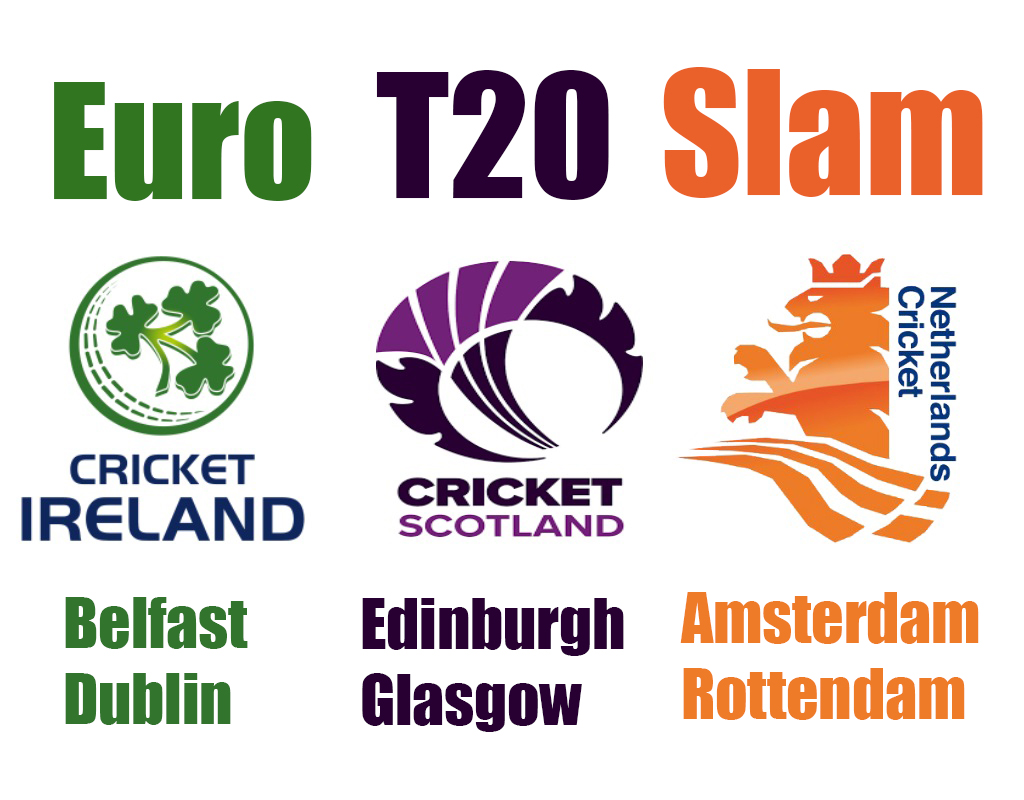 For the first time, It was formally announced in March 2019, and it’s going to start on 30th August and will last till 22 September. Its official launch will be held on 30 April 2019 in Ireland.

The Tournament will be played in four blocks.

The Name of Six teams which will take part in euro t20 slam has been revealed.

Mr. Gurmeet Singh Said we are extremely happy with the cities selected for the league. He is from GS Holding

Each country, Ireland, Netherland and Scotland have two teams from different cities of their country.

33 matches in Round-Robbin format will be played between the six teams. Including the Euro t20 slam Final and semi-final.

Full list of players for the Euro T20 Slam has not yet been announced.

Here is the list of Euro t20 slam Marquee players.

The Remaining Marquee players will be announced later. Their name will be updated here.

The competition which will take place at Malahide, The Grange and VRA Academy in Amsterdam in September 2019.

The first Edition Launch of this European cricket league will be on 30th April this 2019. this will be a joyful moment of Launch ceremony of Euro t20 slam.

Euro t20 slam schedule will be posted on the PSL Schedule website next week. For latest updates about European T20 League namely euro slam Subscribe us.