It is not going to be something which is astonishing or which is hard to digest. But it has a strong affiliation with the World Cup and yes it can be truly regarded as one of the biggest ever achievement of a cricket world cup player as Imran Khan has got the motivation after winning the World Cup 1992 for Pakistan Cricket Team.

You must be thinking!

What is the connection of Cricket and the politics and then politics till CEO / Priminister of a country?

He was always degraded, he was always demotivated. He has never got much encouragement in his life. When Khan decided to move into the politics and started his election campaign he told in his interview that he had many failures and many hurdles in his life. 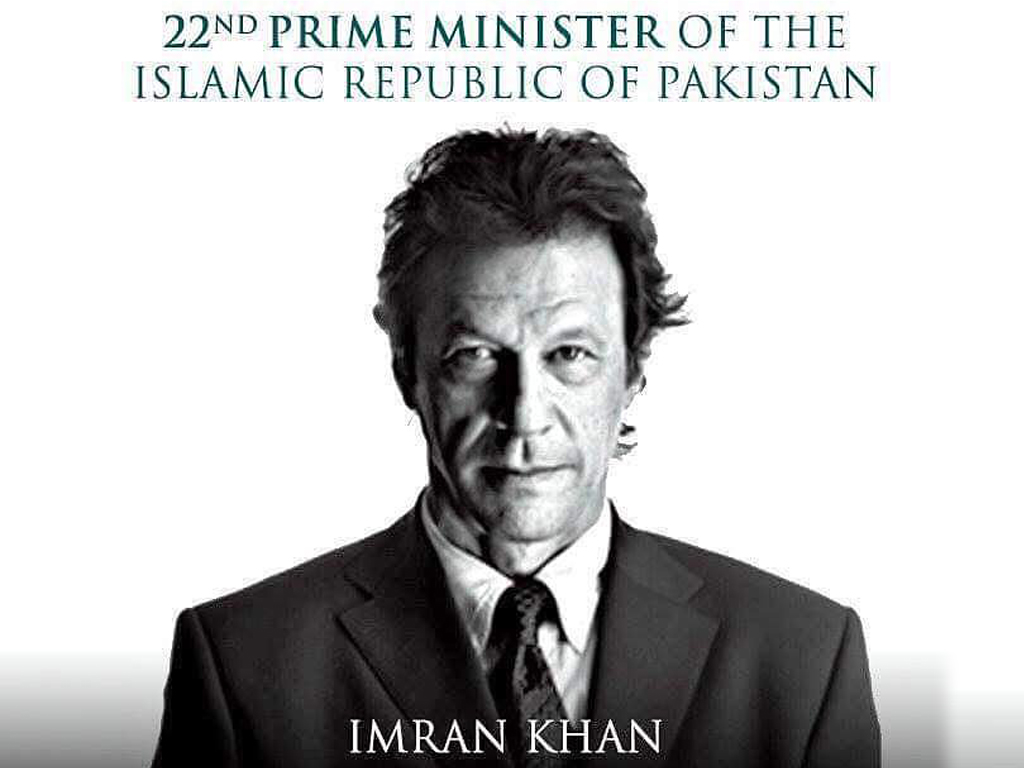 Yet he always stayed motivated, focused and determined. Whatever he has started in his life, he was supposed that he would not be able to make it up. But Imran proved everyone wrong from his will, from his vision, and from his determination. This was the major thing that always kept him moving forward and forward. Khan explained in the TV interview.

A very few people know this thing that (Mrs. Shaukat Khanum) the mother of Pakistani 1992 World Cup Winning captain passed away due to the disease of Cancer. This was a really painful time in the life of Khan. When she was diagnosed with Cancer, Khan took every step to save the life of his mother, he even took her to the most renowned Cancer Hospitals of the World. But nothing can prove good for Khan. Mrs. Shaukat Khanum passed away fighting cancer in 1985.

Mrs. Shaukat Khanum died but Imran Got a vision for Pakistan 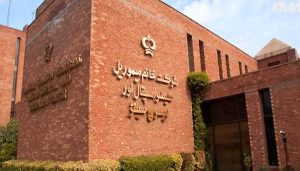 With the death of his mother, a dream was born. A dream that is regarded as the vision of Khan. A dream that can truly be regarded as the future vision of Pakitan. Khan has finalized in his life that now, whatever happens, he will make a cancer hospital in Pakistan. The reason was that he knew that being a cricket superstar and celebrity he couldn’t save the life of his mother. So how would the poor people facing the deadly disease of cancer as they don’t even have enough money to make both ends meet.

It was just 3 years by becoming the Captain of Pakistani cricket team when the mother of Khan passed away. 1985 was the year of Death of Lady Shaukat Khanum and the year 1983 was when Imran khan became the captain of the Pakistani cricket team. Imran Khan has passed through the trauma of his mother’s death but this belief was in his heart that he has to do something for his mother and the driving force was the sport of Cricket. He knew that if he would be able to do something for the betterment of the country, the country would definitely Welcome him and people will greet him with open arms.

This was not just the reason. But the thing was that Khan was a visionary person. He know that he was born for a purpose. Pakistan has not won a single world cup till 1992 whereas India has already won a cricket world cup in 1983.

Pakistani Team not considered as Favourite in World Cup 1992

World Cup 1992 was a very important tournament of the life of Imran Khan as this is the last world cup which he was playing not as captain but as a player. This was a must-win situation for Khan as this was his last opportunity. But with the start of the World Cup 1992, it seems like the dream of Khan will not come true. Pakistan team which was a mixture of young and experienced players couldn’t perform well in the beginning of the World cup 92 and lost their starting matches making Khan more disappointing day by day.

World Cup 1992 was being played in Australia and New Zealand and it appeared that the team New Zealand will win the World Cup. The New Zealand team was in superb form and they have won the majority of their world cup matches. This was quite disappointing for the person who was playing his last world cup.

A very interesting thing for the readers.

and many other Super Stars who are the promising names in the world of Cricket. Each and every player and side wanted to have the world Cup in their hands. 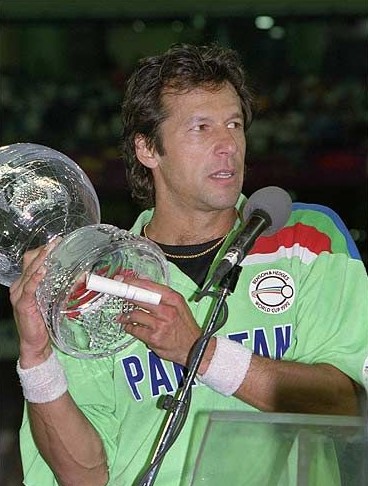 Playing with just few experience players like Imran Khan, Rameez Raja, Javaid Miandad, Wasim Akram, Aqib Javaid and Inzamam Ul Haq it seemed a really tough task for the team Pakistan to even qualify for the semi-final of the World Cup. “The fortune favors the brave”. The team and especially skipper khan was not ready to give up when the fortuned started turning in favor of Pakistani team and a draw with the England team due to rain and victory of Australia against the West Indies gave Pakistani team Chance to appear in the Semi Final of the World Cup 1992.

If you would come to know about the results you would say oh really. It happened. Yes! The smashing innings of Inzamam Ul Haq against the team New Zealand turned the game on for Pakistani team. In the later stage, Miandad and wicketkeeper-batsman Moin Khan played with full responsibility and beaten the New Zealand cricket team in the Semi-Final to apper in the final of the World cup. Here are the scores of the Semi-Final of World Cup 1992. 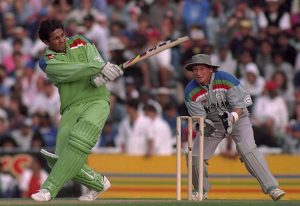 New Zealand while batting 1st put on a massive total of 262 Runs for the loss of 7 wickets in which the captain Martin Crow scored 91 runs. Wasim Akram took 2 wickets. No one has ever imagined that the shaky team like Pakistan would be able to chase such a huge total as the match was being played in the home ground of New Zealand team.

But opposite to the expected happened. Inzamam Ul Haq played a brilliant innings of 60 runs of just 37 balls. This was the turning point of the match. This innings really steal the match from the hands of New Zealand team. In the end, Javaid Miandad and Moin closed the match with style. It was the vision, leadership and charisma of Khan that Pakistani team from no where was now ready to play England in the Final of World Cup 1992.

Pakistani team totally dominated the England team in the Final of World Cup 1992. As the Pakistani team lost their opening batsmen in quick succession it was the time for the leadership of the Khan to choose the right player. Therefore Imran Khan decided to lead from the front and came to face the music. Javed Miandad was there to support Khan in the batting. Both players were experienced and full of talent and Khan himself was determined to make a decent total so that they will put England team under pressure.

Imran Khan scored 72 runs off 110 balls and there the world has got the Singal that a leader has been born who will one day Lead Pakistan as the Priminister of Pakistan. He was supposed to bat at number 6 position but he knew what is better for his team and his country. Also, Imran was backed by Mindad. At the End Pakistani team finished the innings at a total of 249 runs for the loss of 6 wickets and this was really a wonderful score to defend in the World Cup Final. 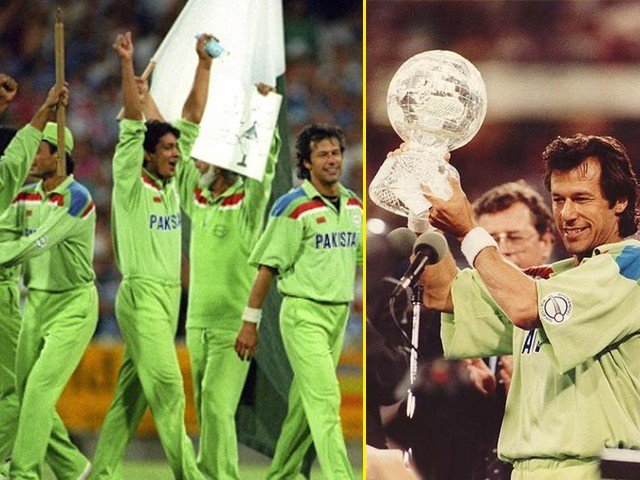 England team appeared shaky in the start and couldn’t face the brilliant bowling spell of Wasim Akram and Aqib Javed. Wasim Akram has bowled such splendid deliveries in the world cup final that are still regarded as one of the finest deliveries in the world of Cricket. Wasim has crowned the name “Sultan of Swing“. His 3 wickets in the final of the World Cup 1992 included the wicket of Sir Ian Botham. Mushtaq Ahmad the Spin shinner of Pakistan also took 3 wickets. All the England team could make 227 runs with the wonderful innings of Neil Fairbrother who scored 62 runs of just 70 balls.

Pakistan National Cricket team won the world cup 1992 in Melbourne, Australia by beating team England by 22 runs. Wasim Akram was the man of the match for World Cup 1992.

Imran Khan became the 1st Captian of the history of Pakistani Cricket to hold the World Cup trophy as a winning captain.

This was the 1st indicator that Khan can turn impossibles into possibles. Till 1992 Shaukat Khanum hospital was not completed. A Nationwide campaign was launched and Khan once again turned impossible into possible. He constructed the state of the Art Hospital for cancer patients where a special percentage of people are treated free of charge. This motivation came to the life of Imran Khan as he saw the misery of his mother. The was not the end, this was the beginning.

Why Shaukat Khanum Hospital came into existence because a world cup captain realized that there is a need for a state of an Art cancer hospital in Pakistan.

What this more than enough for Khan to stop here?

Imran Khan has many passages in front of him. He could have adapted any career. He was young, dashing, famous, inspirational, educated, bold, beautiful, handsome and has multiple qualities.

Khan was never into the easy business. This was so easy for him to earn in billions of dollar by adaption multiple careers as the guy had a blistering cricket career. But those who aim to change the Nations have a different thought.

No one could even believe.

Khan decided to step into the politics and that was for most of the people impossible task at that very moment. No one could even think that the guy who is struggling to get into politics will be priminister of Pakistan one day.

in English, you can name it as Pakitan party of Justice. This was for some experts a wrong decision of Khan. But Khan was determined. From the beginning of his career, he has never learned to give up. So this was also a time that Khan was never about to give up in his life. He was once again fully devoted and motivated.

The beginning, as usual, was extremely difficult. In the beginning, this has also happened that Imran Khan couldn’t even win his own election that was contested in his own area. Those were extremely dark times for the PTI political party.

If I go long into the struggle of the PTI movement this will become a long story and I will get off topic. The topic being discussed here is that a cricket world cup captain became the Priminister of Pakistan. This is an untold story of the ICC Cricket World Cup. The story that started with the victory of the world cup 1992. 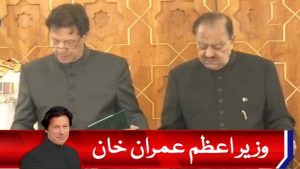 Imran Khan kept on fighting and kept the spirits high. He faced many ups and downs in his political career. The struggle comprises of 22 long years. This is not easy to say. After getting retired from cricket. Imran Khan struggled for 22 long years.

Our Website ICC CWC 2019 is feeling great pride to publish an article that has never been published in this context.