Multan Sultans has been in the sublime form being of PSL 2022. Multan Sultans have beaten the PSL 2020 Champions Karachi Kings at the 1st match of PSL 2022. Being the defending champions and also under the captaincy of Muhammad Rizwan the team is looking in splendid shape. On Saturday, 29th January 2022, the Multan Sultan team has booked its name in the history books by Chasing the Highest total of PSL 2022.

Saturday was a double header day when the 1st match was played between defending Champions Multan Sultans and Lahore Qalanders the team which has been playing its 1st match in search of the PSL 2022 championship under the captaincy of Shaheen Shah Afridi. Remember Lahore Qalanders has never won the Championship ever. 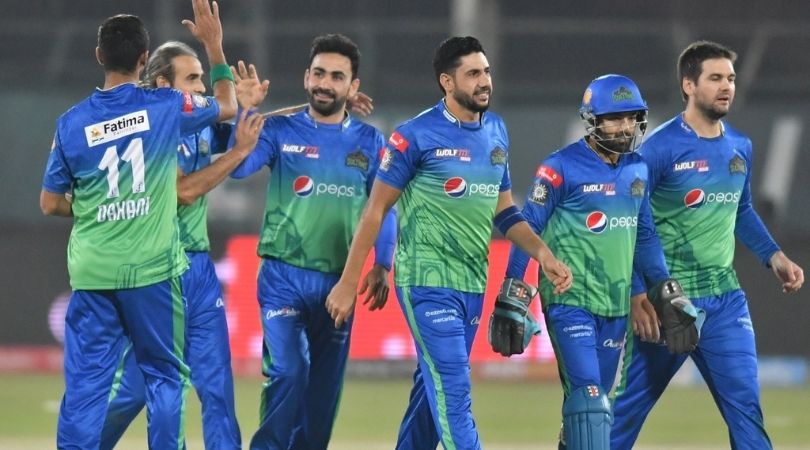 The pick of the bowlers for Multan Sultans were;

No Team has Chased 207 runs in PSL History

This was a promising challenge for the Multan Sultans who have been in fantastic form under the captaincy of Muhammad Rizwan, who has been declared by ICC as the best T20 player of the World. It was also Interesting to know after having so many achievements Rizwan was confident as he has scored the half-century in the opening match of PSL 2022. You are always in pressure when you are chasing a total of 207 runs in a T20 match at an average of more than 10 runs per over.

Chasing a massive total of 207 runs, Muhammad Rizwan and Shan Masood opened the innings for Multan Sultans. Both started the innings for Multan Sultans very confidently in a record-chasing match of PSL 2022. Both played shorts all over the ground and maintained the run rate very nicely although they were facing a very tight opposition bowling where there were bowlers like Shaheen Shah Afridi, Harris Rauf, Rashid Khan.

Both Rizwan and Masood strongly dominated the innings of Multan Sultans and took the score to 150 runs in just 14.2 overs.

The 1st wicket of Multan Sultan fell on 150 runs when Shan Masood was dismissed by Rashid Khan at 83 runs. Rizwan Continued to play with Sohaib Maqsood and completed his 2nd Half Century of PSL 2022. Rizwan was dismissed at 69 runs by Shaheen Afridi.

After Rizwan got out the match took a sudden shift in favor of Lahore Qalanders and it seemed that Lahore might now let Multan Sultans break the record of PSL Chasing as in the 19th Over Shaheen Shah Afridi took the wicket of Shoaib Maqsood the last hope for Multan Sultans.

The Final over was bowled by Haris Rauf who is also having the sublime form of his life. In the last over Multan Sultans needed 16 runs. Khushdil Shah played a wonderful not of 18 runs by hitting 4 consecutive boundaries on the last 4 balls including three 4s and 1 six and finished the match with 2 balls remaining.

Multan Sultans not only just won the match by 5 wickets but also chased the runs which no team has ever chased in the past. Shan Masood was declared player of the match.