Politics has always been part of the Pakistani Cricket Board (PCB) and this politics has always badly impacted the performance of Pakistani Cricket Team. The man behind the idea of Pakistan Super League Mr. Najam Sethi was the Ex-Chairman of PCB. As Imran Khan became the Priminister of Pakistan on 18th August 2018 Mr. Najam Sethi decided to resign from the seat of PCB Chairman. The main reason was the conflict of Najam Sethi with Imran Khan. Sethi has got quite a fame from the story of 35 punctures. This story is against the political party of Imran Khan which is PTI (Pakistan Tehreek e Insaf). 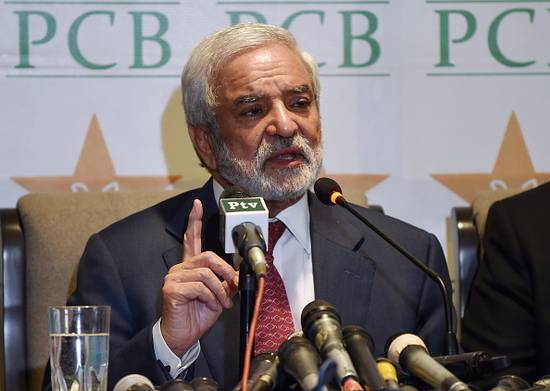 It should also have been kept in Mind that Najam Sethi was the Ex-Chief Minister of Province of Punjab. Ex-Priminister Nawaz Shareef appointed Sethi as the Chairman of PCB. Under Najam Sethi, the team has united. One good thing is that the PCB Management plan of bringing the new resolutions, under Najam Sethi as Chairman PCB.

Organizing the new team structure of the Pakistani team. Launch of PSL – Pakistan Super League, the very own brand and pride of Pakistani cricket. Najam, Sethi gets the credit of PSL as it completes its 3 years of glory while PCB Chairman Najam Sethi performing his duty as head of PSL. 1st 3 seasons of PSL got the level of success which was never thought by anyone else.

The success of Team Pakistan under the captaincy of Sarfarz

Sarfaraz Ahmad is a very active and busy cricketer. He always keeps his mind open during the match. Also, he has brought fortune for the Pakistani cricket team. Pakistani cricket team keeps on impressing the world not in just T20 but also in Test cricket and ODI cricket. Pakistani team has won many series and country tours under the captaincy of Sarfaraz Ahmad. All this came from the vision of Najam Sethi who was the man behind the idea of bringing young players to the side.

The biggest achievement to highlight in the praise of Sarfraz Ahmad was the victory of ICC Champions Trophy 2017. Pakistani team looked like a single unit. The team showed strength, courage, motivation. After coming to the knockout phase as the team has lost its early matches, the Pakistani team looked unstoppable in the ICC Champions trophy. The team has beaten Sri Lanka, South Africa, England and last but not the least team India with a huge margin of more than 100 runs in the Final of Champions trophy.

Other significant points to add here are the back to back victories of the Pakistani Cricket Team in the T20 Format of the game. While Sarfarz as the captain of the Pakistan team, Pakistani team won 11 consecutive T20 series. This is a great achievement that no Pakistani captain can achieve. 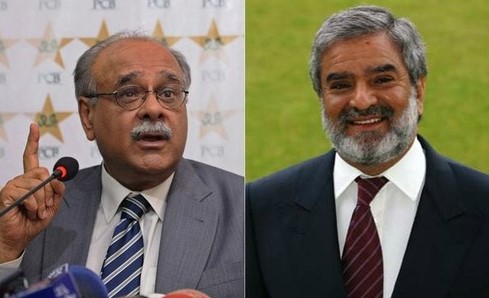 In August 2018, Priminister Imran Khan appointed Ehsan Mani as Chairman PCB. This might not be the right decision. The Sathi was having the vision of the World Cup for Team Pakistan.

Obviously, some questions are very important which require a proper answer.

When everything is going fine then why do you need a new Chairman PCB? Just because of Politics. After the appointment of Mr. Mani, the performance of the team Pakistan was never like it was in the tenure of Najam Sethi. Rankings dropped. Players showed a lack of interest. Internal politics started raising the head. Some people came to the view that Sarfaraz Ahmad shouldn’t have been the captain of the Pakistan Cricket team.

When everything was set for the world cup 2019 and Pakistani team was about to be finalized for the world cup a few members of the Pakistani Cricket board turned against the Chairman Ehsan Mani and they have decided not to vote or support the PCB Chairman.

This was a very disturbing sign not just for the team but also for the Pakistani Fans. All the teams of the World were getting ready for the World Cup and Pakistani Cricket Board Members were not been able to support the Chief of the board.

The issue remained on the media. Media talks and different TV shows were being conducted on the issue. Both parties, Chairman PCB and Members of BOD presented their points of view. Finally, the conclusion came that  Board Members have to resign from their position.

The thing to Worry for Future of Pakistani Cricket

Now the Pakistan National Cricket team has been announced for the ICC Cricket World cup 2019. All the matches will be played according to the ICC Cricket World Cup 2019 Schedule. Things are going fine for now. For the convenience of our dear readers, we have also included the Pakistan Schedule for World Cup 2019. If such political things keep on working inside and outside of the team. Will the team Pakistan be able to perform in the World Cup? Does politics have anything to do with cricket? Will the future of the players be secure as there are talks that Departmental Cricket will be banned in Pakistan by the Government.

If the government will keep its influence so tight in the game of cricket then it will be very difficult for the players and also the emerging talent to move towards the game of cricket in Pakistan. These are really depressing signs for the cricketers of Pakistan and also the people who have an interest in cricket. Pakistan is a diplomatic country and such behavior towards cricket is expected. Now let’s see what’s in the future for team Pakistan.