Want to know about the T10 Cricket League 2020 Draft. T10 Cricket League Season 3  is going to start in October. It must be kept in mind that the 1st season of the T10 league that held in UAE and won by the Kerala Kings was a huge hit. Looking at the past, ICC approved the 2nd season of the T10 league. The season 3  of T10 league is also going to be held in UAE. The time, it is more exciting, crazier as the teams participating in the tournament have increased from 6 to 8. Two new teams have been added in the 2nd season of T10 League i.e. T10CL 2018. 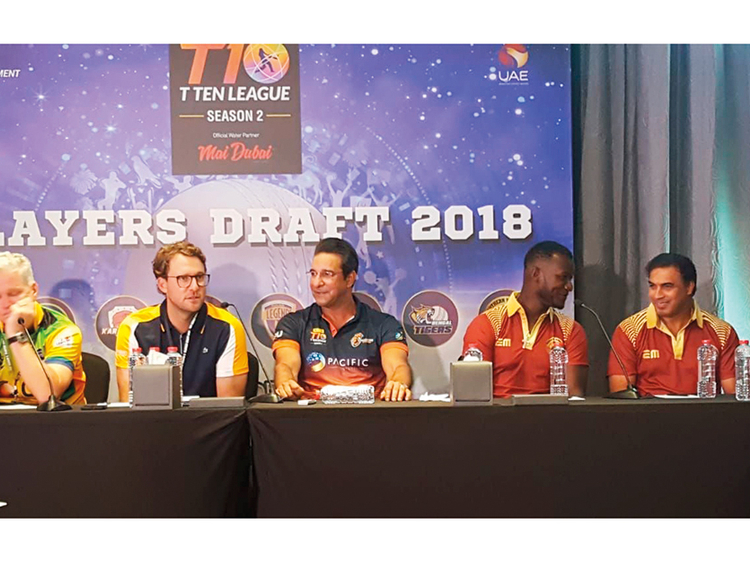 This is really very interesting.

You can Imagine from here about the popularity of T10 league 2019 that the T10 league Draft for the season 3 attracted a might boost of star power with world best in the business. Few of these shining stars are,

and many more joining the rosters of the 8 Franchises participating in the tournament. A player draft was held on Monday, where several current and former internationals were recruited for the tournament that will take place in Sharjah between October 23 to November 3, 2019.

Defending Champions Kerala King seems to be even more strong then the 1st season. The 2nd season of T10 league is going to have to gigantic hitters that can break the ball in 2 pieces. This time Kerala Kings will have Chris Gayle along with his Countryman Kieron Pollard. Joining them is the England captain Eoin Morgan. Another interesting thing about Kerala Kings and the cricket fans is that Hard Hitting icon and master of this format Imran Nazir will be joining team Kings.

Each team in the Tournament consists of the Star/Icon Players and the Icon Players serves as the Captain of the Team.

If we Talk About the 3rd dangerous teams of the T10 league and discuss in the context of T10 league Draft 2019, here we find something quite interesting. 2 massive strikers from West Indies Andre Russell, Darren Sammy and Wahab Riaz form a part of the Northern Warriors.

The draft of T10 league 2018 doesn’t seem much favorable for Pakhtoons as Shahid Afridi is the Icon Player of Pakhtoons. No one has any doubt about the strength and abilities of Boom Boom Afridi but the things have changed much now. Afridi Lala also known as Boom Boom has retired from Cricket and joining him is Colin Munro. Difficult Draft for Pakhtoons. Good Luck to Pakhtoons.

I would like to say here that the selectors of Bengal Tigers couldn’t do so well in the T10 league 2019 draft. Sunil Narine (Icon player), Mohammad Nabi, Mujeeb Ur Rahman, and Morne Morkel are with Bengal Tigers. When I say that selectors couldn’t perform well means that you don’t find a Hard hitting player like in Kings and Warriors. The success to T10 league is that you need extremely hard-hitting batsmen who can put up 100 plus total on the board. I don’t find such ability in the players of Tigers.

The Icon Player of Team Rajputs is Brendon McCullum. McCullum is joined by his Bash Brother of Australian League BBL. The guy is none other than Australian Chris Lynn – called the Bash Brothers in the BBL – will renew their partnership with the Rajputs. Two amazing guys in this team are West Indies sensation Carlos Brathwaite (we all remember his 4 sixes on 4 balls in the ICC T20 World Cup FINAL) and the explosive Afghanistan batsman, Mohammad Shahzad. WONDERFUL T10 LEAGUE DRAFT PICK FOR RAJPUTS I MUST SAY.

T10CL League Is Very Popular Cricket Game. It’s Official Schedule Will Coming Soon On This Website. But Before The Official Schedule We Will Publish Predicated Schedule. I Think It Is such a fantastic Time For Every Cricket Lovers those are crazy to watch T10 League. Here We Will Share Predicated Full Schedule of fixtures of T10 Cricket Leagues 2019 Season 3. The duration of the Match is 90 Minutes.